Verve is your local specialist for advanced skin rejuvenation treatments performed by an experienced physician. Our advanced technology delivers better results in fewer sessions and is safe for all skin types. We personalize laser treatments to meet the unique needs of each individual so you can look and feel your best!

Dr. Mantha is the founder and owner of Verve Med Spa In Upland, California. An experienced specialist in medical aesthetics, and a physician with 30+ years of clinical experience, Dr. Mantha helps women and men achieve beauty, health and confidence from the inside out.

Dr. Mantha is also a trained and experience weight loss expert. She is an active member of the Obesity Medicine Association, The American Board of Obesity Medicine, and The Center for Medical Weight Loss.

Laser Resurfacing is the process of using highly concentrated beams of light to create extremely tiny microabrasions to the skin, which triggers the body’s healing response and generates new skin tissue and collagen in the targeted area. This causes skin to look younger and can erase light wrinkles and laugh lines, as well as discoloration.

Laser Resurfacing works by causing tiny amounts of damage to the skin cells using a highly focused laser. The body responds to this microdamage by supplying new blood and nutrients to the area, which accelerates healing and has an pleasing effect on the patient’s appearance, making them look younger, healthier, and wrinkle-free.

There are two types of laser resurfacing available to patients: ablative and non-ablative. Ablation is the removal of tissues in and on the body through medical means, and ablative procedures are used to treat everything from cancer and heart murmurs to reduce wrinkles. Ablative laser resurfacing works by vaporizing the very first layer of the skin in the target area. The body responds to this damage and begins to heal itself, generating new tissue and rejuvenating the skin, which can increase youthfulness and elasticity for years. The downside of this procedure is that it requires between seven to fourteen days to recover from, during which time the face will be red and puffy, like it has been badly sunburnt. The upside is that ablative laser resurfacing’s effects on the skin can last for up to a decade, since the body is being forced to create new dermis tissue from scratch.

Non-ablative laser resurfacing works similarly to a tattoo removal laser, in that it causes microdamage beneath the surface of the skin, instead of directly on top the first layer of the dermis. Non-ablative procedures are less dramatic in their results and typically require multiple sessions to achieve full effect, but have considerably less downtime and recovery time. Often these procedures are scheduled once a month for four to six months before the desired effect can be achieved.

Ablative laser resurfacing takes a while to get going. From the moment the first laser beam touches a patient’s skin until the full desired effect is achieved can be as long as six months. However, the benefit is also as long-lasting: up to a decade of nicer, healthier, and younger looking skin.

Another con is the recovery time after the procedure. During the weeks after the treatment, the skin will feel like it is badly sunburnt and require the regular application of things like Aquaphore or Vaseline, as well as topical medicines to prevent infection. For the first few months the skin may have a redder, windswept appearance as the healing continues and the new skin cells adjust to the rest of the body, and the healing process can be quite itchy.

Hyperpigmentation is when one part of the skin is visibly darker than the skin that surrounds it. Typically these are harmless defects, but they can cause concern in patients if they are in highly visible areas like the face, hands, arms, or neck. While hyperpigmentation can happen in any skin tone, individuals with darker skin tend to see it more frequently, as the abundant melanin in their bodies is concentrated unevenly.

Hyperpigmentation can be caused by acne, hormone imbalance, extreme sun exposure, or skin conditions like eczema or psoriasis. Typically it is difficult to treat areas of hyperpigmentation as it is the body itself that is causing the imbalance, but there are indeed treatment options available. Patients should consult their primary cosmetic physician for more information.

A scar is the body’s natural response to external damage, whether from a cut, burn, or other painful event. Scars vary in size and visibility based on how well the wound was mended and tended while it was healing. A small, hard-to-see scar is typically the result of a good surgeon (in the event of a medical procedure) or proper stitches and good wound care.

Large, noticeable, and irregular scars can be caused when the healing wound is put under strain, stretched, or not properly cared for. Scars are made up exclusively of collagen with little to no elastin, which is why they look and feel different from normal skin. The lack of elastin means they do not move or stretch.

There are five common types of scars:

Contracture Scars: These scars are deep and are characterized by a particular lack of movement in the scar tissue and surrounding area. Often these types of scars are created by burns or other large areas of damage.

Hypertrophic Scars: Hypertrophic scars are upraised and visibly bumpy scars that form at the wound site. They can be uncomfortable and may sometimes change color over time, darkening or lightening.

Keloid Scars: Keloid scars are typically raised up and larger than hypertrophic scars, sometimes extending beyond the initial wound area. They can be painful and itchy, and are difficult to treat and reduce.

Atrophic Scars: These scars are shallow indentations that form when the skin damage is deeper than the surface of the dermis, and are often shallow depressions or divots, and are most commonly the result of severe acne.

Normotrophic Scars: These are small, subtle scars that sometimes fade over time. They are what most people experience when they receive a cut or other skin damage, and sometimes are the result of minor surgeries where the incisions are small and neat.

Scar tissue can be treated to reduce its size and visibility; consult with a doctor for more information.

Acne scars are, for many, the last revenge of that baneful high school curse: the acne outbreak. Acne scars are caused when an acne outbreak is so severe or long lasting that it damages the pores beneath the skin, causing indents or a bumpy, raised surface. There are two types of acne scars: hypertrophic, which cause the skin to be bumpy and raised, and atophic, where the skin has divots and dents.

These two scar types typically present in four named examples that are visually distinct from one another:

Boxcar Scars: similar to chicken pox scars, these present as round pits that have clearly defined edges.

Ice Pick Scars: deep holes that resemble a puncture wound, these typically manifest where the acne infection got deep enough below the dermis to damage the pores.

Keloid Scars: caused by the body’s healing response to the damage from the acne infection, Keloid scars are created by an overproduction of collagen, causing raised up rivulets of tissue that make the skin look uneven and bumpy.

Rolling Scars: uneven scarring in ropes or slopes that is caused when the structures underlying the surface level of the dermis are pulling too hard on the surface skin cells, as a result of the infection.

Treatments for acne scarring are available, but some acne scars are not possible to fully eradicate. Patients should consult their doctors for more details and an individual diagnosis. Some scarring is easier to treat than others.

Varicose veins are enlarged, dark blue or purple veins in the body that are visible through the skin, and often appear in the legs and thighs. Similarly, spider veins are very fine, threadlike veins that can be red or blue in color. Often they form branching, spider web like patterns, hence the name. These sometimes appear on the face as well as in the legs and arms, and are commonly called broken capillaries (though that is a misnomer, the capillaries are not damaged).

In general spider veins are not a medical problem that needs to be treated other than for cosmetic reasons, but varicose veins can be painful and cause bleeding and sores in very bad cases, and may need to be removed.

Both varicose and spider veins are caused by the one-way valves in the veins of the body losing some of their effectiveness, causing a backflow of blood into the veins where it becomes visible. This reverse flow causes a tiny amount of deoxygenated blood, which is usually blue, to flow backward and make the normally invisible veins appear.

Treatment for spider veins and varicose veins should be discussed with a patient’s primary doctor.

Birthmarks are discolorations in the skin that have been present from birth or early infancy, and are typically harmless. They are caused by a number of different effects: excess melanin or keratin in the skin at the area of the mark, vascular abnormalities from misplaced or overly concentrated blood vessels, or excess pigmentation. The reason some people get them while others do not is difficult to know for certain, and since they are almost always harmless, removal processes are almost always started after birth and not before.

If a patient or their child has a birthmark, they should show it to a doctor to determine that it is indeed harmless. Very rarely birthmarks can be signs of melanoma or neurofibromatosis: consult a physician for more information. If a birthmark starts to bleed, see a doctor immediately.

A skin tag is a common name for a benign, non-cancerous skin tumor. Often it is discolored from the patient’s natural skin tone. Most patients do not notice them appearing unless they are somewhere that is extremely visible like the face, or somewhere that is frequently shaved or where clothing rubs constantly.

Because skin tags are typically harmless, their removal is a simple matter done for cosmetic reasons. Sometimes they fall off on their own, although it is not advised for patients to scratch or rub them off, as this can cause an infection. Skin tags near sensitive or vulnerable areas like the eyes, groin, or nipples especially should be removed by a skin doctor.

It is not certain what causes skin tags, except that they appear to be little bundles of blood cells, nerves, skin fibers, and occasionally hair cells. It is speculated they can be caused when the skin folds in on itself and thickens slightly, creating a small bubble of a variety of cells that are not in their usual location. 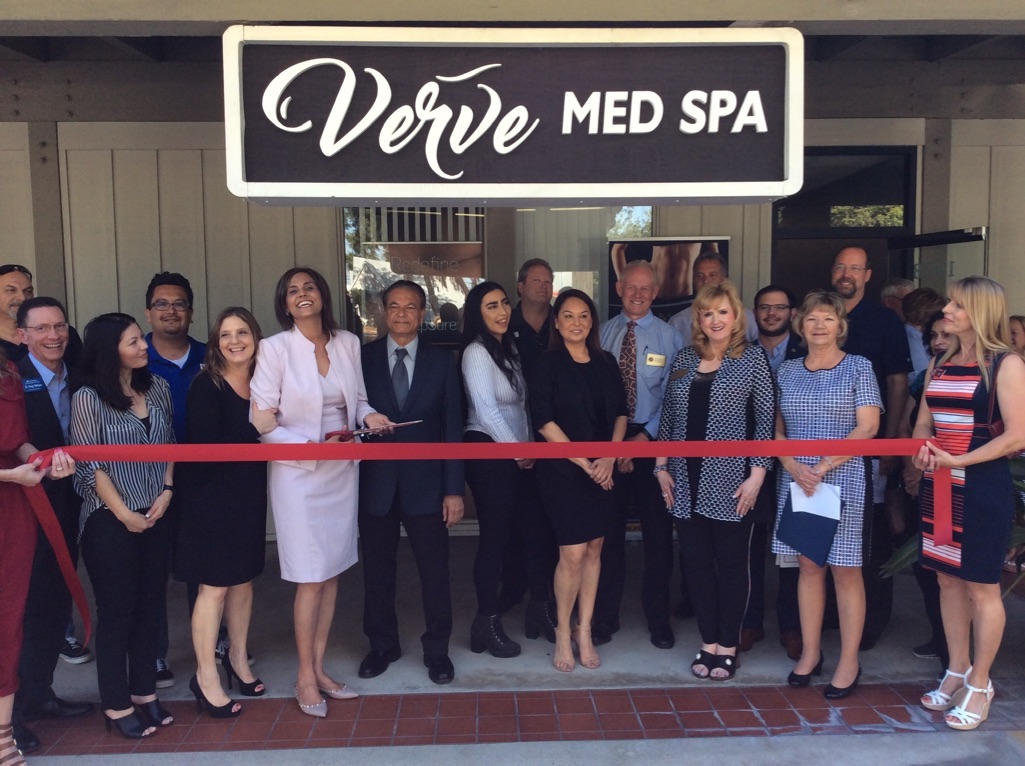 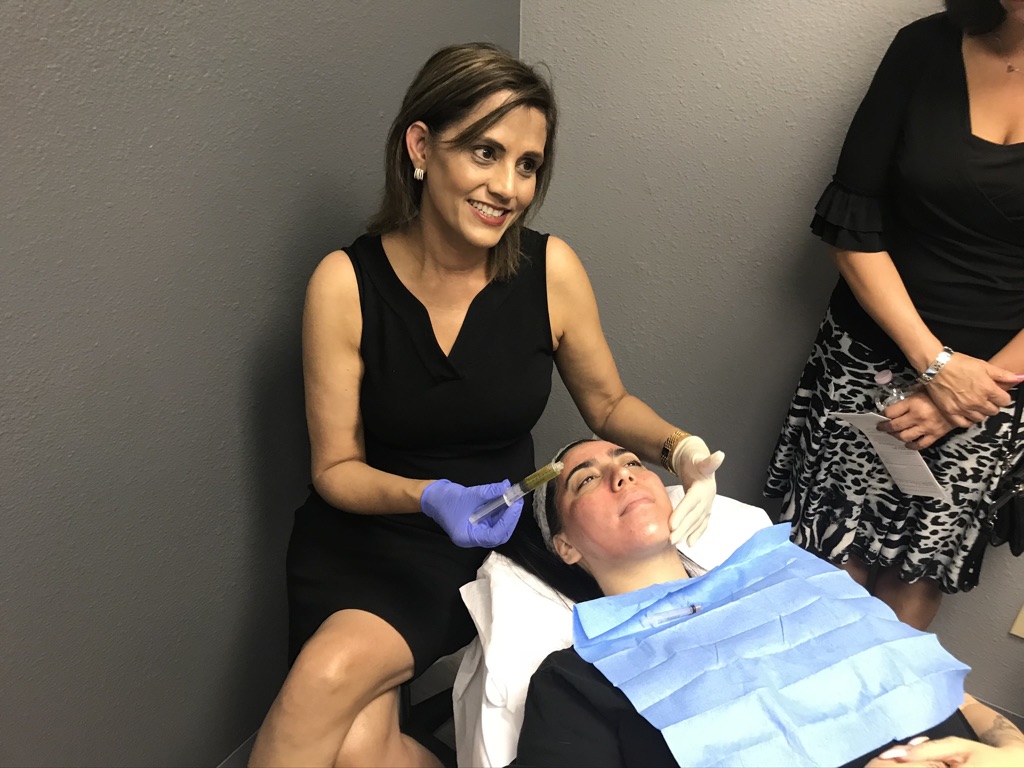 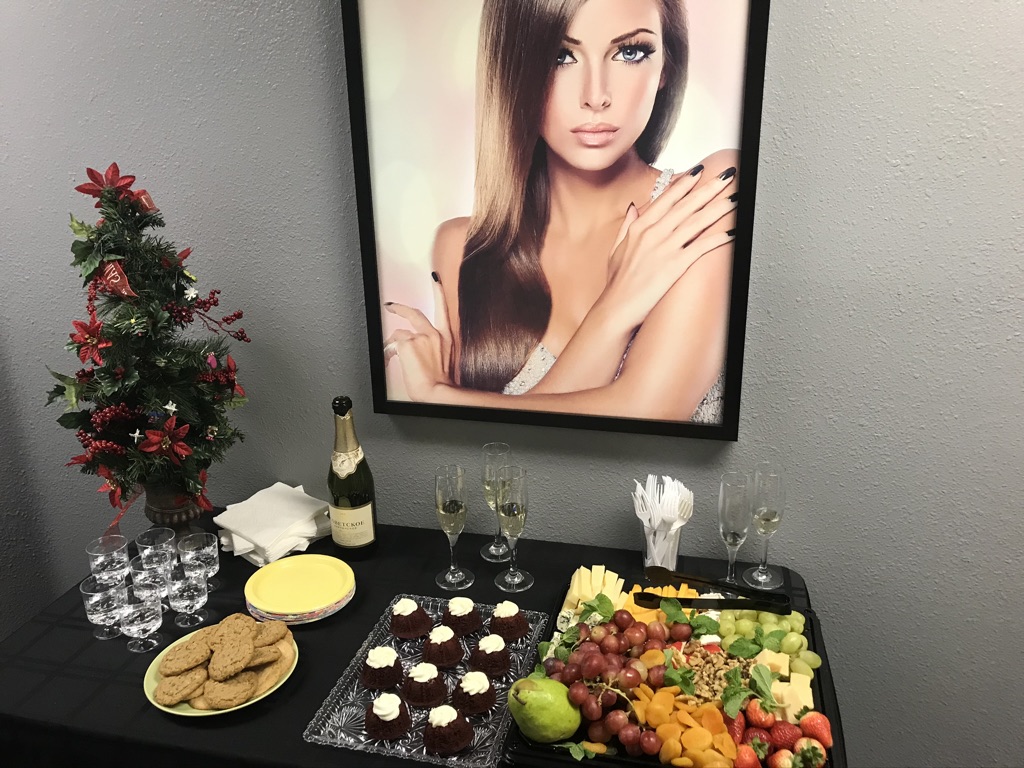 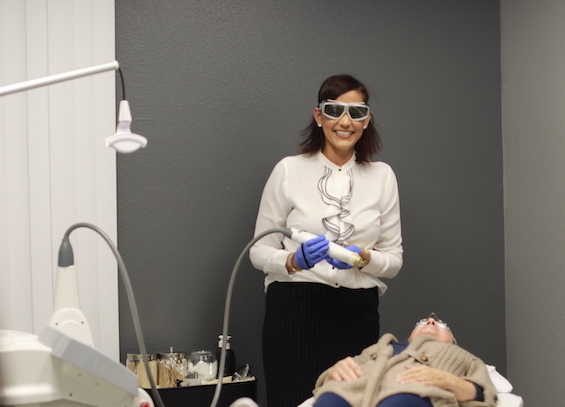 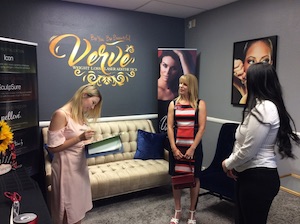